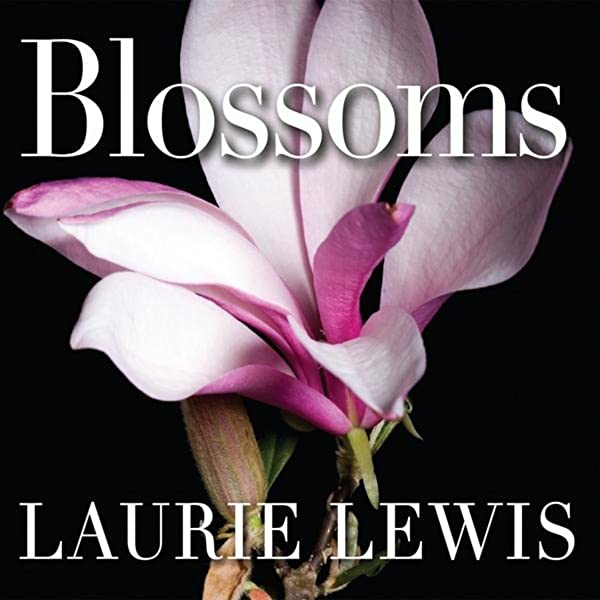 Laurie Lewis is a bluegrass pioneer, and her latest release showcases the breadth of her musical talent-singing, songwriting, and playing guitar and fiddle.
Steven Stone ~ Vintage Guitar Magazine, January, 2011

How Can I Keep From Singing? * Lark in the Morning * Chains of Letters * Cool Your Jets * The Roughest Road * Burley Coulter’s Song for Kate Helen Branch * Unfinished Life * Sophie’s House * Beaver Creek * Return to the Fire * Here Today * Train of Love * Tell Me True * Sirens

It has been a while since we have seen a new album by Laurie Lewis, but this one is certainly a fine addition to her previous work. The recording hits full force right from track 1 with a lovely unaccompanied rendition of HOW CAN I KEEP FROM SINGING. Other really notable cuts include the traditional BEAVER CREEK with Laurie’s fiddling backed by Craig Smith on banjo and Tom Rozum on mandolin, plus a superb BURLEY COULTER’S SONG FOR KATE BRANCH, with Laurie’s fiddling here backed by Brittany Haas’ second fiddle and the cello playing of Tristan Claridge (he of Crooked Still fame). No producer credits are listed (we assume it is Ms. Lewis), but the arrangements are excellent and Laurie has wisely called on some superior musicians for backing, including David Grier (guitar), Todd Phillips (bass), Tim O’Brien and Darol Anger. A very nice record here that showcases Laurie’s fine, soulful singing.

It has been a while since we have seen a new album by Laurie Lewis, but this one is certainly a fine addition to her previous work. The recording hits full force right from track 1 with a lovely unaccompanied rendition of How Can I Keep From Singing.

Other really notable cuts include the traditional Beaver Creek with Laurie’s fiddling backed by Craig Smith on banjo and Tom Rozum on mandolin, plus a superb Burley Coulter’s Song for Kate Branch, with Laurie’s fiddling here backed by Brittany Haas’ second fiddle and the cello playing of Tristan Claridge (he of Crooked Still fame). No producer credits are listed (we assume it is Ms. Lewis), but the arrangements are excellent and Laurie has wisely called on some superior musicians for backing., including David Grier (guitar), Todd Phillips (bass), Tim O’Brien and Darol Anger. A very nice record here that showcases Laurie’s fine, soulful singing.

Laurie Lewis is a bluegrass pioneer, and her latest release showcases the breadth of her musical talent-singing, songwriting, and playing guitar and fiddle.

The music on Blossoms isn’t strictly bluegrass. Instead, it’s a celebration of diversity with spirituals such as “How Can I Keep From Singing?”, followed by folkier songs such as Kate MacLeod’s “Lark in the Morning.” Lewis’ original songs go from winsome ballads such as “Chains of Letters” to Carribean-flavored rap songs like “Cool Your Jets,’ which features ‘Car Talk” brothers Tom and Ray Magliozzi contributing spoken parts. In between are the dual fiddle instrumental “Sophie’s House” and an a cappella rendition of “Return to the Fire.”

Blossoms serves as a wonderful introduction for new Lewis fans and a big ol’ hug for long-timers.

After nearly a decade of bluegrass and duo albums, Laurie Lewis’s Blossoms sees her returning to the singer/songwriter format, blending sensitive and playful originals with some inspired covers. The disc opens with a lush a cappella version of “How Can I Keep From Singing” sung by Lewis, Kathy Kallick, and longtime partner Tom Rozum. Kate MacLeod’s wistful “Lark in the Morning” is a natural for Lewis to cover; it features an interesting blend of banjo, violin, mandola and cello. Other covers include a faithful rendition of Kate Wolf’s “Unfinished Life” and a rocking version of Johnny Cash’s “Train of Love” that features Roy Rogers on slide guitar. Lewis’ strong suit has always been writing about relationships. Here, she revisits lost love with “Chains of Letters,” reflects on a partnership filled with challenges in “The Roughest Road,” and considers the impermanence of life in “Here Today,” which she penned with Scott Huffman. She ventures into vocal jazz with the playful “Cool Your Jets,” which features the Burns sisters and a cameo by NPR’s Tom and Ray Magliozzi. The lush disc closer, “Sirens,” finds Lewis working with a combo that includes piano, trombone, and saxophone. The disc’s most elegant piece is “Burley Coulter’s Song for Kate Helen Branch,” a Wendell Berry poem that Lewis fitted to a brisk melody and a stirring fiddle riff. Several years in the making,Blossoms was well worth the wait.

Captivating from its opening notes, Blossoms continues the exceptional level of excellence Laurie Lewis has maintained throughout her career. Joining her are many outstanding musicians and vocalists, among them Tom Rozum, Kathy Kallick, the Burns Sisters, Darol Anger, Alex Hargreaves, Todd Phillips and Tim O’Brien, to name but a few.

Looking to the repertoire of Pete Seeger, Lewis, Kallick and Rozum open the recording a cappella with “How Can I Keep From Singing?” setting the tone for this outstanding selection of 14 cuts, most of which are originals. It is Laurie’s voice alone, solemnly singing “Return to the Fire,” her nod to Vietnam veterans. For her instrumental “Sophie’s House,” Lewis has recruited Suzy Thompson to twin fiddle, no other instrumentation used. This is followed in sequence by the only other instrumental on the CD, “Beaver Creek,” where Craig Smith picks banjo alongside Laurie’s fiddle and Rozum’s mandolin, giving a bright delivery on the traditional piece.

With mature, powerfully expressive vocals, Laurie easily switches her emotive voice to suit the occasion. From the lively “Burley Coulter’s Song for Kate Helen Branch” to the reflective “Here Today” to showing off a humorous bent, singing with the Burns Sisters on “Cool Your Jets,” written while stuck in a traffic jam, she embraces faithfully each subject at hand. A past love is revealed in her touching “Chains of Letters.”

Lewis includes the exquisite “Unfinished Life,” from the pen of the prolific Kate Wolf, one of her inspirations. “Lark in the Morning” by Kate MacLeod is also wonderfully portrayed.

With its instrumentation and guest musicians, this CD will not disappoint Laurie’s bluegrass fans. Yet this project reaches far beyond, into the indistinct realm of folk, Americana and cutting-edge singer-songwriter. Blossoms is a stunning release, filled with extraordinary originality and musicality.

One of the contemporary acoustic music scene’s most skilled and enduring performers returns with a diverse 14-song set that manages to both ring soothingly familiar and expand the artist’s parameters in rewarding new directions. Longtime listeners steeped in Lewis’s formidable catalog of bluegrass (both traditional and “newgrass”) and poignant folk balladry will slip into gems such as “The Roughest Road” and the gospel-kissed a cappella opening track “How Can I Keep From Singing?” like a treasured old pair of scuffed and supple leather boots. Less predictable but no less compelling are tracks like “Cool Your Jets,” a finger-poppin’, jazzy groover that features a cameo recitation by none other than National Public Radio’s beloved “Click and Clack,” Ray and Tom Magliozzi. Also from a bit outside the box come “Burley Coulter’s Song for Kate Helen Branch,” a chamber-folk jewel performed on two violins and cello, and the set-closing “Sirens,” a sophisticated, cross-genre ballad with guest vocals from Noe Venable. As always, Lewis, who anchors the proceedings on acoustic rhythm guitar and fiddles up a storm throughout, surrounds herself with a sterling supporting cast that includes guitarists David Grier and Nina Gerber, fiddler Darol Anger, mandolinist Tom Rozum, and singers Kathy Kallick and Tim O’Brien.

Boy, oh boy, what a beautiful album this is! From the stunning opening a cappella piece ‘How Can I Keep From Singing?’ the benchmark for the album is set to never waver. Although the final track, ‘Sirens’ isn’t something I’m too enamoured with. However, the music previous to it features a feast of good stuff that borders on faultless.

There aren’t too many acts brave enough and, who could set away an album with such conviction. Plus with her old friend Kathy Kallick with whom she goes back to when they were in the Good Ol’ Persons and regular Tom Rozum in tow the arrangements are most exquisite.

What makes Lewis so special? For one her music crosses boundaries with ease akin to a kid crossing the street as folk, country and bluegrass merge into one. Two; she is a wonderful fiddle player, guitarist, vocalist and knows how to make an album that combines not only the above categories yet a smattering of other flavours too without losing focus.

While she pens the majority of tunes, and why not since she is a great songwriter Lewis also finds room for ‘Lark In The Morning’ from fellow singer-songwriter Kate MacLeod, to which she does justice. While with her excelling on twin-fiddle (w/ Brittany Hass) a poem by Wendell Berry ‘Burley Coulter’s Song For Helen Branch’ is converted into a song you could easily take as a Lewis original. Such the fashion it unerringly skips along, and has her sing as good as at any time on the album.

Like a few more Laurie takes time to acknowledge the work of California’s late pioneering singer-songwriter, Kate Wolf on covering her song ‘Unfinished Life’. A song deep in melodic hues a great beauty is registered as Rozum helps out on harmony vocals alongside Alex Hargreaves (fiddle), Todd Philips (bass), fresh from working with Joan Baez and the impeccable acoustic guitar of David Grier. By way of increasing her ratio of fiddle playing on the album Lewis includes two splendid instrumentals; her own ‘Sophie’s House’ (a twin-fiddle piece with an act I am unfamiliar, Suzy Thompson) and traditional tune ‘Beaver Creek’ that features her banjo player Craig Smith. While ‘Return The Fire’ is another a cappella track and, like in the past it has Lewis take up something she is most passionate about. This time it is in the form of Vietnam Veterans, then to give some light and shade ‘Here Today’ has a fabulous lilt as Tom Rozum (mandolin, vocals) Patrick Sauber (banjo, vocals) and her co-writing partner and also band member Scott Huffman on vocals entwine with lush fiddle (Chad Manning) and upright bass (Andrew Conklin). Her use of a couple of phrases from an old gospel tune fit perfectly as once again she strikes top form!

With Johnny Cash’s ‘Train Of Love’ (recorded for a Johnny Cash tribute) burning up the tracks as fiddle (Darol Anger) and the dazzling slide guitar of Roy Rogers and the boys -that include Billy Lee Lewis (drums) plus the pure heart-tugging ‘Chains Of Letters’ that sees guitarist Nina Gerber pick some fabulous notes and the acoustic bass of Todd Sickafoose lend sympathetic support Lewis’ true to life lyrics register deep into the mind of the listener.

The late Kate Wolf may be reaping plaudits and, quite rightly so as California’s finest ever of her kind, but Laurie Lewis has a bunch of songs equal to them!

As a variation, the entertaining ‘Cool Your Jets’ and the marathon affair ‘Sirens’ find a home alongside ‘The Roughest Road’ (with Tim O’Brien on vocals) and a sombre ‘Tell Me True’ that was previously on Birdsong. A benefit recording for Audubon Canyon Ranch (a bird sanctuary in Northern California) like with the ‘Cool Your Jets’ that also has spoken word from NPR’s Tom and Ray Magliozzi the beautiful harmony vocals of the Burns Sisters adorn it like blossom fruit trees in spring.

Blossoms is a must buy for fans of acoustic singer-songwriter recordings, and a good place to start for those unfamiliar with Laurie and friends who accompany her.