Ray Bierl ~ Any Place I Hang My Hat 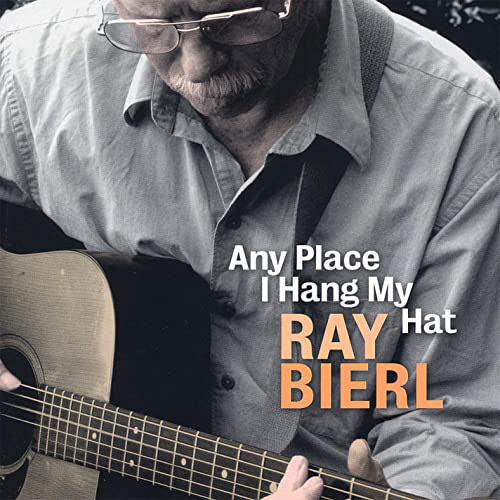 “With the perfect timing of a master storyteller, Bierl holds this listener engrossed every time I hear [Phantom 309]; even though I’ve heard the story so many times before. . . . [a] completely enjoyable album. . .”
~ Mike Regenstreif – Sing Out! Magazine (Mar 28, 2008)

“No one knows how to weave you into a song quite like Ray Bierl. the music on this record is down home elegant. You can hear the highway in his voice. From road dust to Stardust and every town in between.”
~ Tom Waits, from the CD liner notes

“This is currently my favorite album. Ray Bierl has always been my favorite live performer, but I haven’t heard him for many years. This is his first real solo album. The song selection and the recording and performing are all amazing. No one will ever perform Big Joe and Phantom 309 as good as Ray. Also, I heard new great lyrics in the song that weren’t in it when Tom Waits and I learned the song from Ray many years ago. I cannot say enough about how great this record is and what a treasure to all of American music Ray Bierl is. The best version I ever heart of “The Old Chisolm Trail” is on this record. I remember Ray saying that he thought all those folk songs he learned in elementary school were silly. Then he said he later realized it was the school that was silly, but the songs themselves were actually great. Please make another album soon!”
~ Jack Tempchin, CD Baby