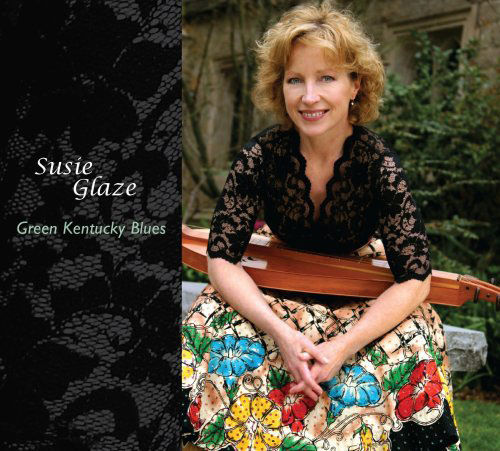 “On “Green Kentucky Blues,” Glaze is backed up by the best of West Coast bluegrass musicians. The album is thoughtfully produced by Laurie Lewis, who brought in fellow pickers Tom Rozum, Herb Pedersen, Mike Witcher, Dennis Caplinger, Rick Cunha, Tom Sauber, Patrick Sauber, Bill Bryson, and Rob Carlson. Glaze has found a love for the original compositions of Jean Ritchie. Three are featured here, including “West Virginia Mine Disaster” and “The L&N Don’t Stop Here Anymore.” There are seven songs penned by Rob Carlson, including three cowritten with Laurie Lewis that includes the title cut and “I Only Dream Of You,” a wonderful duet sung by Glaze and Rick Cunha.”
~ Bluegrass Unlimited

“Susie Glaze’s voice at once is sweet and tough. Laurie Lewis’ sure production guarantees authenticity and strong performance…On a singer’s album like this the songs are key…Smart selections. Strong lilting album.”
~ Sing Out!

“If you also know that bluegrass legend Laurie Lewis sat on the buttons during the recording, it needs no further argument that this is a prize cow face.”
~ Marcel, www.Rootstime.be (translated from the original Dutch by Google)